Back in August I was commissioned by the Weekend Australian Magazine to shoot a garden editorial for their “Cutting Edge” feature.  The garden was a gorgeous scene of tropical green winding it’s way around a Port Douglas abode.  With the house being built on a tricky slope and with large areas of bare earth under the building to deal with, the guys from local garden designers, Hortulus, have done an amazing job crafting this garden.  Featuring secluded pathways, a fountain courtyard and a kind of “garden jetty” that looks out on a sea of licuala fan palms, it feels like it sits within a rainforest, rather than it’s beach village location.  It was great to spend some time shooting landscape architecture in such a pretty setting. 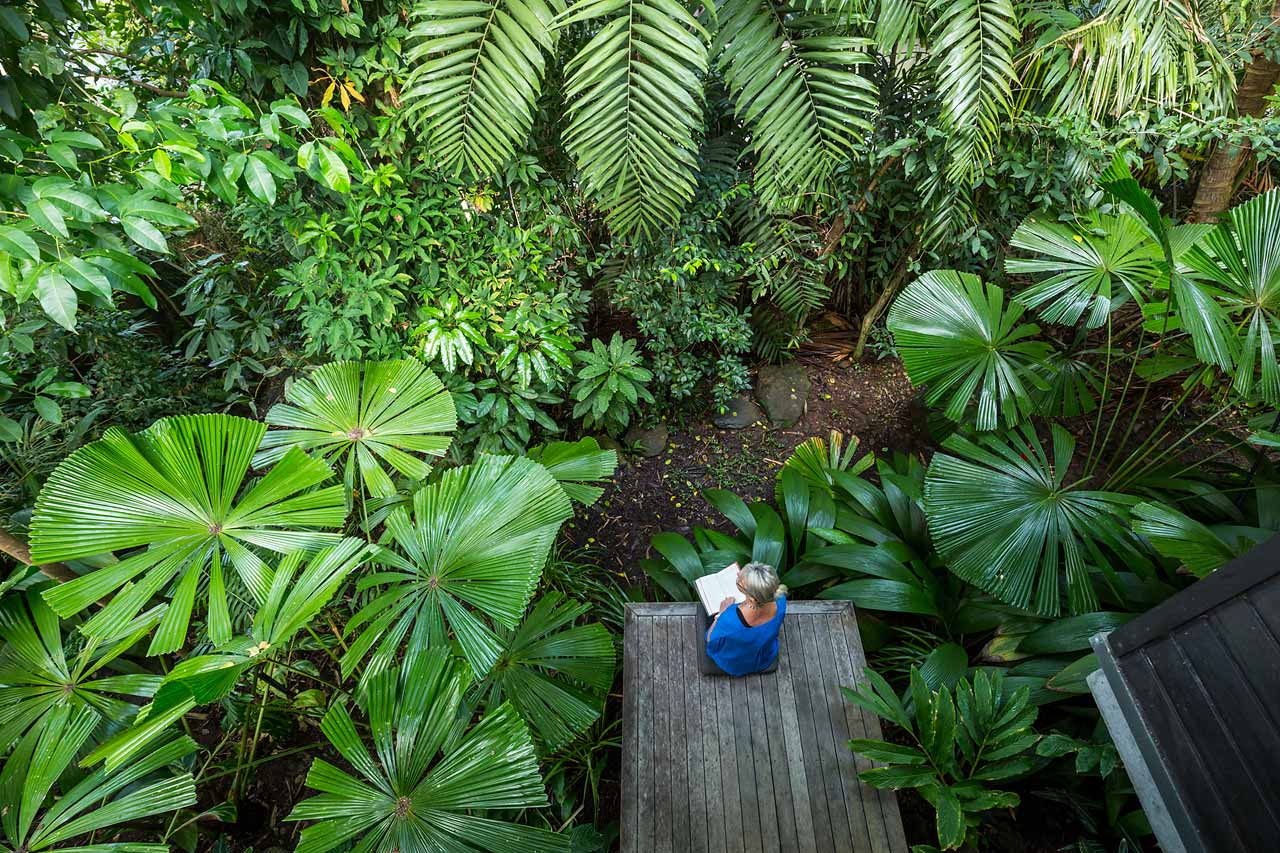 Relaxing on a garden jetty

Views out over garden and Port Douglas scenery

Water fountain in a peaceful courtyard

Licuala palms and other tropicals

Following the path down to the garden jetty

Tropical design in the pathways

Pathway around the home